The Schlitzerland and the castle town of Schlitz are unique. Here, history, culture and customs meet the future.

The products of the Schlitz Auerhahn Brewery and those of the Schlitz Distillery (both since 1585) are popular far beyond the borders and linen and damask fabrics produced in Schlitz (in the form of table textiles, bed linen, gastronomy aprons, napkins, etc.) can be found worldwide in the largest hotels, on airlines and in 1980 they were even found at the Summer Olympics in Moscow. 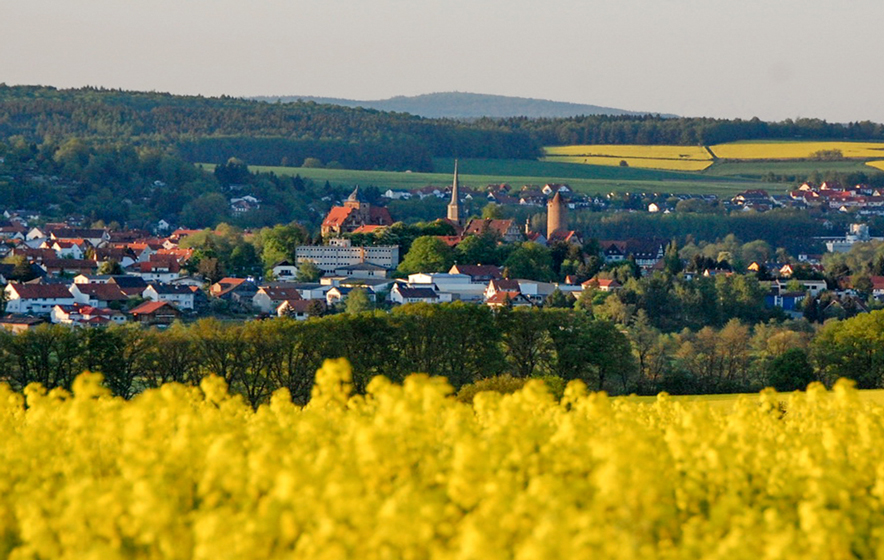 As the fourth largest town/area municipality, after Frankfurt am Main, Wiesbaden and Oberzent in the Odenwald district, it is close to the main traffic arteries A5 (Alsfeld exit) and A4/A7 (Hünfeld/Schlitz exit), as well as to the Hamburg-Munich ICE route with a stop in Fulda.

With its 16 districts, Schlitz impresses above all with its pure nature, its history and its cosmopolitan, empathetic inhabitants, but at the same time it proves that it can keep up very well with forward-looking technical innovations – e.g. the Schlitz public utility company operates an energy-efficient, self-sufficient combined heat and power plant as part of its wastewater disposal – an innovation that is unparalleled in Germany